Thank You Notes Written in Crayon 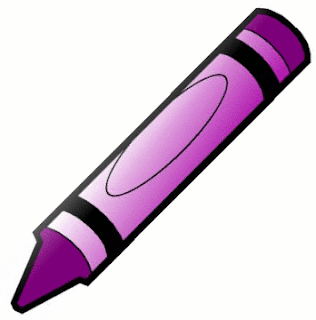 I think I've received the most joy as a writer by giving many of my books and magazine stories away as gifts. No, I don't hand out books on the street corner, or give them to everyone I know. I've never ordered box after box of my picture books so I could sell them at conferences when I teach. I usually order several boxes just for me. That allows me to occasionally surprise a child with a book, give one to my plumber, or to my electrician to take home to their children, or give as a "thank you" to a friend. I love to delight a grandparent or teacher with a book and a few magazines for the children in their lives. It's always fun to wrap a picture book and give it along with a baby shower gift.

One day while sitting in my ophthalmologist's waiting room, one of the women who worked for the clinic called me to the window. She said her seven-year-old son shared the book I gave him, for "Show and Tell" day at school. He told the class it was his favorite book. Later he sent me a thank you note written in crayon, and a picture of his little Chihuahua named "Moosey." Are you smiling yet?

A year or so ago, I saw a photo of a little girl in Clubhouse Jr. She had a small collection of Clubhouse Jr. Magazines spread out in front of her as she smiled for the camera. The caption mentioned that she was displaying her collection and was excited about adding more. I immediately contacted the magazine editor and told her I wanted to send this little collector more magazines with my stories---beginning with my first that appeared in the November 1993 issue. I had several hundred magazines in files in my garage! Needless to say, the girl and her family were thrilled with the large envelope full of magazines. The thank you note from the little girl was sweet, and the mother emailed me about how much fun her daughter was having reading all of my stories.

I cherish thank you notes written in crayon, photos of smiling children with a pet, and comments from moms who mention how much their child loves my books and/or magazine stories.

So, I'll keep giving a book or two away for those "special" occasions until my stack says, "Stop! Keep the rest of us for the family." It will be kind of sad, but I'll never forget the joy of giving, and thank you notes written in crayon.

Such a nice post. Praise from our readers is what means the most. They are the ones we write for.