I Found You, Mrs. Hopfinger! 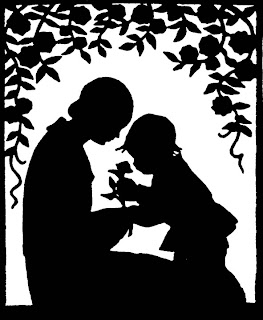 Several years ago I spoke with a teacher who changed a little girl's life---mine. It took me more than 20 years to track her down. I was never going to give up because I needed to thank her.

"Is this the Mrs. Hopfinger that taught at Fullbright Elementary School," I asked. When she said "Yes it is," I burst into tears. "I found you, Mrs. Hopfinger! I found you," I blubbered. She probably thought I was a telemarketer with some strange new technique to keep someone on the line. She didn't hang up. When I told her I was one of her former students she said with delight, "Oh, darling---is it really?"

Mrs. Barbara Hopfinger was my early elementary grade teacher during a time when something life-shattering turned my world upside down. To me, Mrs. Hopfinger was bigger than life. She was the Statue of Liberty. The President of the United States. The Seven Wonders of the World. She was more fascinating, delightful, and full of life than Ms. Frizzle in the Magic School Bus could ever be! Barbara Hopfinger was a vibrant and committed educator. She absolutely loved teaching---but more than that, she loved the children she taught. I was one of those fortunate children.

I will never write about the dreadful circumstances of my past, but it is vital that I write about how God brought this wonderful, loving teacher who became a life-preserver, to a little girl drowning in a sea of emotional pain. I do this simply to honor her.

There were times when I stayed in class during recess. She knew what I was going through and tried her best to help me through it. I can still picture her big smile and that red lipstick I liked so well, as she held out her arms for me to come to her. I sat on her lap and she hugged me, much as a mother would. I felt safe. I felt loved. Mrs. Hopfinger spoke soothingly and with conviction as she talked to me. I'm sure this beautiful teacher had no idea she was giving me a gift I would cherish for the rest of my life. She convinced me that I mattered.

When she told me I was smart, although I felt stupid---I believed her. When she told me I was special in so many ways, although I felt broken and worthless---I believed her. She even called me pretty. Now, that was a stretch! I had a space between my big front teeth, a home-perm gone bad (every time!), and freckles the size of Mars on my nose. Mrs. Hopfinger obviously saw past any imperfections in her children. Instead, she saw what they were capable of doing and becoming. She saw our potential and made us believe it, too. Mrs. Hopfinger allowed me to believe that I was more than a broken little life, and she simply wouldn't allow me to stay there.

Do you find it strange that a teacher could have such a positive influence on someone so young, and in such a short time? I don't. I've experienced it. I carried the affirmations she gave me in my heart as I grew. They were like seeds that took root. At times when there was no one to talk to, I remembered my beautiful teacher and friend. In my mind I pictured a fragile little girl in the arms of a wise teacher---and I would say "If Mrs. Hopfinger believed it, then it's true."

A teacher can make a MONUMENTAL change in a child's life. I wonder how many others remember her the way I do. I surely can't be alone.

Today I'm a wife, mother, grandmother, a volunteer Red Cross nurse, and a published writer. I do believe it was the grace of God that brought Mrs. Hopfinger into my young life so many years ago, and I finally had the chance to tell her that.


Before we hung up I said now that I'd found her, my next book would be dedicated to her. There WILL be a next book in honor of beautiful Mrs. Barbara Hopfinger, from the the little girl who still loves her.

Most of my favorite teachers were high school ones! They took a personal interest in me and my classmates. It has been wonderful to be back in touch with some of them via Facebook! I loved this post!

Sheryl, I loved your story. It is amazing how one person can make a difference. My daughter is a teacher and I am going to ask her to read this.
I don't know what kind of childhood you had, but I am glad, that by the grace of God, he brought you to the place you are today.
Blessings,
Anita

What a special tribute to your teacher, Sheryl! I loved reading it. There's nothing more meaningful to a teacher than to have a student come back years later and tell them they made a positive difference in that student's life. You are such a blessing to so many, Sheryl. And I have confidence that there will be that next book for you to dedicate to this wonderful teacher. Hugs, Ev

What a wonderful tribute. I remember you talking about her before. I, too, had favorite teachers that I will always remember. Now a days if a teacher held a child in their arms and comforted them, they would get in trouble. I remember when my oldest was in the first grade, he was very smart and storms terrified him at times, because he knew their power. His teacher said when they were really bad, she would let him sit on her lap. I thought that was so nice of her.